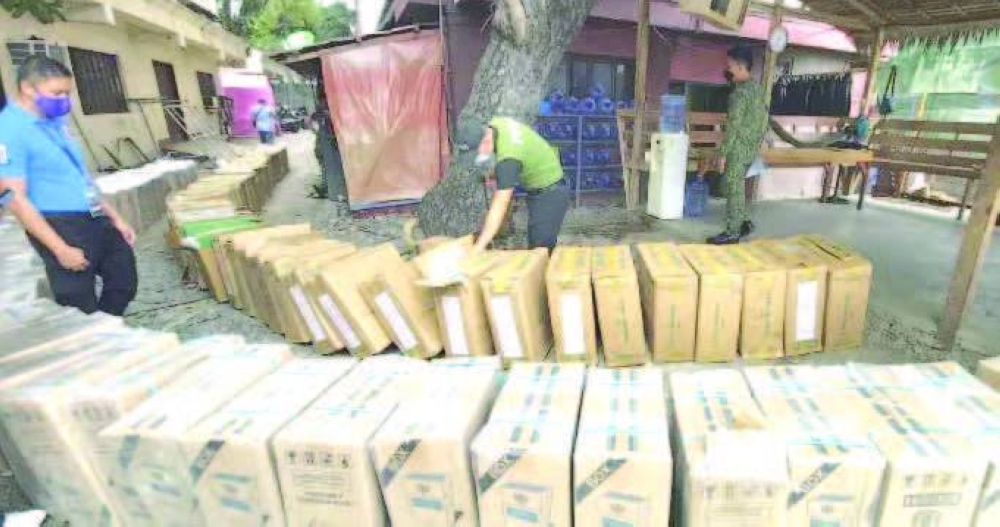 A police photo shows contraband cigarettes seized from two speedboats from the town of Jolo in Sulu on October 8, 2021.

He added that eight crew members from Basilan province and Zamboanga town were also apprehended by members of the town’s 2nd Mobile Force Company and a team from the Customs Office.

According to Reyes, the operation produced illegal cigarettes with brands such as San Marino, Union, Cannon and Fort worth nearly 4.8 million pesos.

Reyes said the contraband was destined for the town of Cotabato, but he did not say whether the untaxed cigarettes came from abroad or not. However, the boats came from the town of Jolo in Sulu province.

“All of the seized items and eight crew members were handed over to the Customs Office for proper handling,” Reyes added.

The Zamboanga police chief also praised the success of the anti-smuggling campaign and those who participated in the operations.

“The ZCPO (Zamboanga City Police Office) will continue its strict maritime border control operations in the fight against crime, illegal drugs, smuggling and all forms of illegal activity,” Reyes continued.