The Brazilian company Vapezinhos is modernizing Chocolate cigarettes: classic milk chocolate Candy, packed in fake cigarette packs. Since their introduction, these cigarette sticks have become extremely popular in Brazil and other countries, the idea being that children could “smoke” them like adults.

The company is inspired by the packaging of an old brand of fake cigarette candy called “Chocolate Pan” which was particularly popular in Brazil in 1947. Combining this vintage aesthetic with vaping, the latest trend among teenagers, the he team imagined the Vapezinhos de Chocolate, or Little Chocolate Vapes. The aim is to use the power of design to encourage young children to quit vaping.

all images courtesy of Vapezinhos

The Vapezinhos team came up with the idea for these chocolate vape sticks when they learned that the traditional Brazilian chocolate company, Chocolates Pan, had gone bankrupt. Chocolates Pan was world famous for launching Cigarrinhos de Chocolate, or Little Chocolate Cigars, a chocolate candy contained in a cigarette pack. The product was a huge hit and remained in stores for many years, and the packaging became part of Brazilian popular culture.

Vapezinhos are packaged in a modern reinterpretation of the original 1947 packaging design, sporting a bright red color with white lettering and a sepia-toned silhouette of a young man holding a chocolate e-cigarette. With this nostalgic yet fresh packaging and delicious content, the Brazilian company hopes it will stop young people from vaping. “Since selling vapes is easier than taking candy from kids, why not combine the two?” asks the company on its official website. The Vapezinhos will be launched in a limited edition of 50 pieces, each containing three chocolate vape sticks. 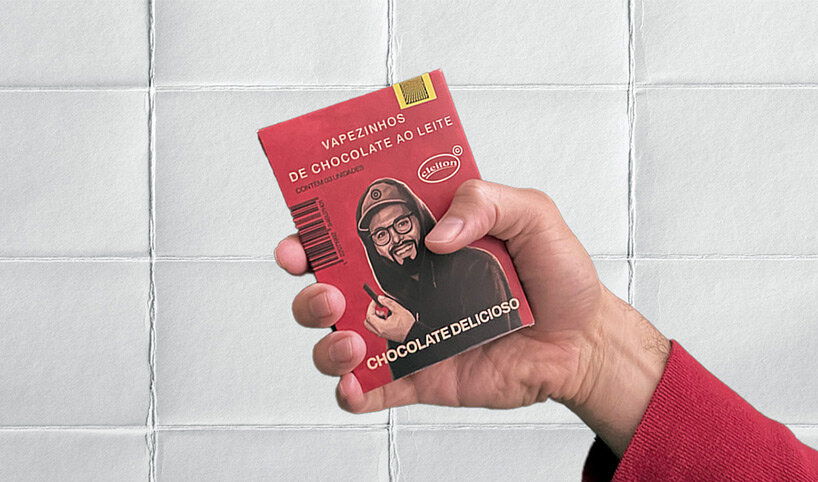 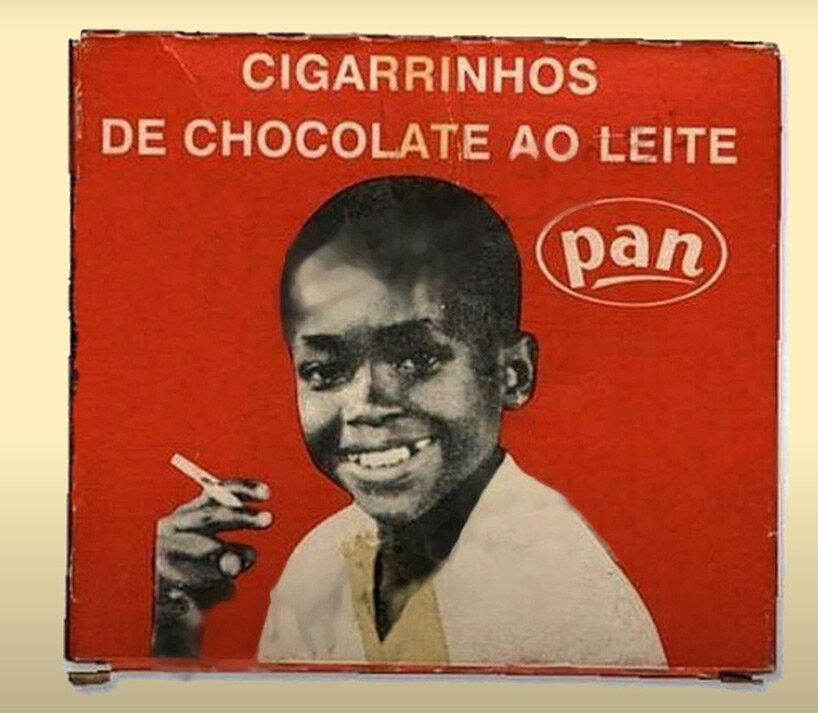 the original packaging from 1947