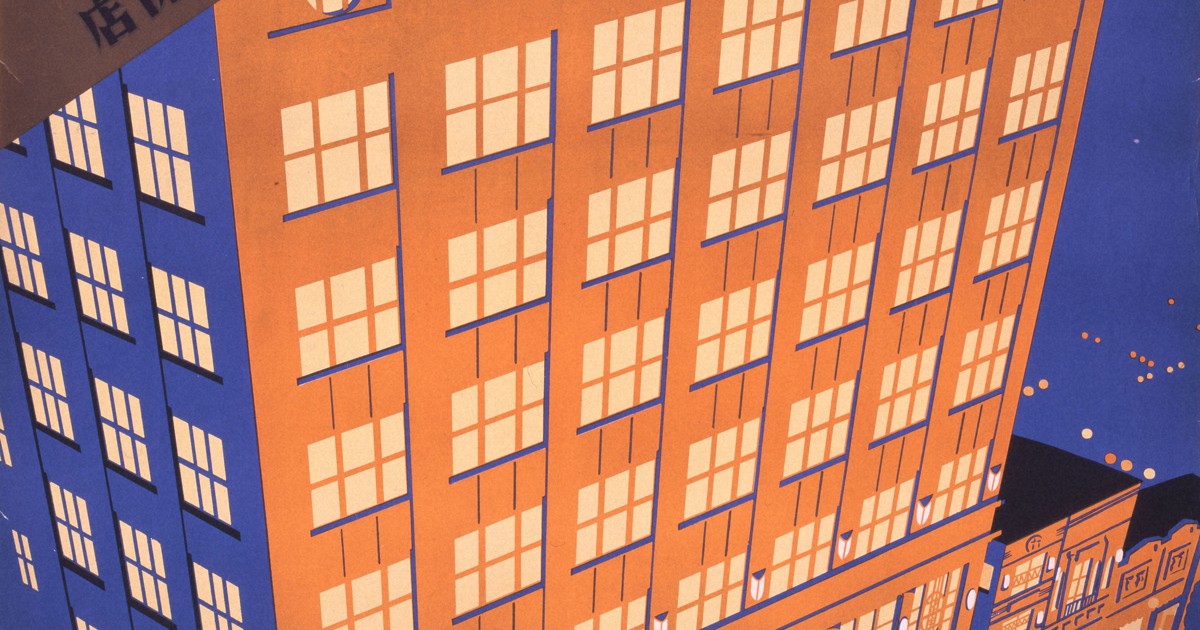 TOKYO – Before Japan had graphic designers, there were designers known as “zuanka”. And before graphic design itself became an established discipline, there was Hisui Sugiura (1876-1965), a pioneering designer and artist whose works are the subject of a special exhibition at the Tobacco & Salt Museum in Tokyo until ‘to November 14.

Sugiura, originally from the town of Matsuyama in Ehime Prefecture, western Japan, studied Japanese-style painting, or Nihonga, at the Tokyo School of Fine Arts – now the University of the Arts. from Tokyo – where he showed a passion for drawing animals and other nature. He first turned to a career in design after encountering the works of art nouveau that his mentor, Western-style painter Seiki Kuroda, brought back from the 1900 exhibition in Paris.

Sugiura’s long career has seen him give new visual identities to a wide range of products, including iconic cigarette wrappers, book and magazine covers, as well as posters for Tokyo’s first metro, the big ones. stores, the ever popular soft drinks and other items. But the scope of his work made it difficult to appreciate its scope; this latest exhibition, the first to tour the country, offers visitors a chance to appreciate his style in context as part of the history of modern Japanese design.

Among the exhibits are works by Sugiura which are presented as landmark drawings more famous than the man himself. Chief among them is his poster announcing the opening of the Tokyo Underground Railway between Asakusa and Ueno in 1927, the first ever in Asia. The composition, inspired by Art Deco works, including those Sugiura encountered in Europe in 1922, depicts the coming rush of the new; of the rushed passengers waiting for the approaching train, those in the back are depicted in more traditional Japanese clothing, while those in the front are seen in Western attire.

From 1908 to 1934, Sugiura also worked at Mitsukoshi Gofukuten, the Japanese clothing salesman who reinvented himself in what is now the Mitsukoshi department store chain. He became the first head of his new design department and produced advertising posters, covers for his monthly magazines, obi belt designs, fan designs and more. His striking poster for the opening of his new point of sale in Shinjuku in 1930 is one of the most exhibited works of this part of his career.

Did Sugiura consider himself a pioneer? Yoshifumi Shizume, chief curator of the Tobacco & Salt Museum, says he thinks he did. But when asked if we can qualify his work of art, he is less convinced.

“There is a big difference between art and design. They have different roles. But that’s a very difficult point; there are a lot of people who work so hard in design that they come to think that it is, in fact, a kind of art. I think Hisui Sugiura may have been one of the first people to worry about such a thing, “he said.

The exhibition is said to have attracted many young people, in a trend that can be attributed to the recent revivals of kimono and Roman Taisho (short for romantic) culture of the Taisho period spanning 1912 to 1926. Shizume says Hisui is a important guide to understanding the aesthetics of Tokyo between the wars.

“There is no doubt that Hisui portrayed Tokyo from the 1920s to the 1930s, around 20 years old, and that when it comes to trying to understand this era, he is an indispensable figure,” the curator stressed.

The exhibition stop in Tokyo is the second of four in a nationwide tour co-hosted by The Mainichi Newspapers Co. Those further from the capital can see Sugiura’s work at the Prefecture Art Museum from Mie to Tsu, in Mie Prefecture, from November 23 to January 31. on April 30, 2022, and at the Fukuoka Prefectural Museum of Art in Fukuoka City from April 15 to June 12, 2022.

Admission to the exhibition is included with admission to the Tobacco & Salt Museum, located in the Sumida district of Tokyo. General admission costs 100 yen (about $ 0.90), while children up to high school age and visitors aged 65 and over can enter for 50 yen. Signage within the exhibit is largely in Japanese. The museum is closed on Mondays. Inquiries can be made at 03-3622-8801 (Japanese only).